Valve produced a handbook for new employees at the start of 2012. It’s surprisingly gripping reading, for an employee handbook, and also features some of Valve’s trademark humor:

If you stop on the way back from your massage to play darts or work out in the Valve gym or whatever, it’s not a sign that this place is going to come crumbling down like some 1999-era dot-com startup. If we ever institute caviar-catered lunches, though, then maybe something’s wrong. Definitely panic if there’s caviar.

I wouldn’t be surprised if Wolpaw, Faliszek or other writerly types had a hand in its creation.

I’d like to briefly discuss some of the benefits I perceive in Valve’s approach, and to that end I’ll endeavor to paraphrase some of the most important ideas I took away from the document. The discussion of the “cabal” system, in particular, is relevant to anyone thinking about running a game development team: 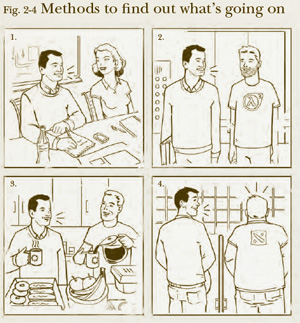 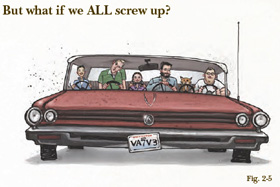 What do you think about the benefits and risks of the cabal system?

Personally, I think Valve’s results speak for themselves — but let’s remember that these days, they have a towering pile of money with which to fund their projects. The biggest risk to their employees is that the pile of money might fall over and crush them when they’re pulling out funding for a new game.