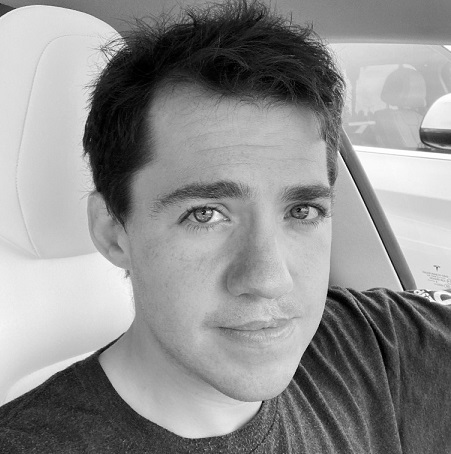 I’m a game systems, narrative and technical designer with an emphasis on implementation and development. I have AAA experience in design, development, design, engineering, and screenwriting in Unreal 4, Unity, and the Halo, Call of Duty, Mafia, World of Tanks, and Driver game engines. I have worked in the industry since 2008 and have contributed to projects and pitches for Lucasarts, Sony, Ubisoft, Microsoft, Activision, Nintendo, 2K, Wargaming, Disney, and EA.

I currently work as Lead Narrative Technical Designer on the Star Wars team at Respawn Entertainment in Los Angeles.

After getting into online multiplayer text games in my early teens, I first learnt to program on a MUCK/MUD game I ran on a home server. This hooked me on world creation, scripting, and ultimately game development. I learned programming languages based on LISP and Forth, and over several years I build a player base of 2300 players while writing 18,000 lines of code.

In my late teens, I taught myself web development with the LAMP stack via online tutorials. At 20 I founded a boutique web development company, eventually developing a Content Management System in PHP for the Member of Parliament for Cambridge while attending the university. I learned C++ using C++ How To Program by Deitel & Deitel, in order to figure out how to start making games using the open-source OGRE3D rendering engine. After college, I joined Free Radical Design as a Designer on the cutscenes team.

My current technical interests at home include working with node.js, running and working with AWS servers, and programming in C# and Python.

My non-work interests include running, surfing, cooking, poker, my cats, and making music.

I tweet at Dave_Midgley. I’m on LinkedIn: David Midgley.