Apologies for my tardiness in blogging over the past week. I was writing a piece for the next edition of IGDA’s Perspectives newsletter, which I’ll be sure to link to when it comes out.

I have not been idle, however. A week and a bit ago, I attended the Eurogamer Expo at Earl’s Court, and last Friday night I went to a preview of Batman: Arkham City at BAFTA. So… impressions? 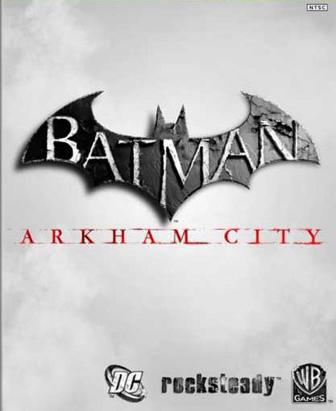 I saw the Creative lead, Technical lead, Audio lead, Art lead, and marketing dude from Rocksteady present a preview of heretofore-unseen Batman gameplay and then take a Q&A.

It’s out on 21st October; go ahead and pre-order it here – Batman: Arkham City – you know you want to. Or, for Steamophiles like me, buy it – er, actually… it doesn’t have a Steam page. And…what? It’s associated with Games For Windows Live – again?! I had managed to blank that little titbit from my mind since the previous game. God I hate that software.

OK. Let’s hope it turns up on Steam. Now, on to the important stuff.

Is it any good?

Pretty unequivocally, the answer is yes. If you liked Batman: Arkham Asylum, you’ll like this.

The asylum Warden from the last game, Warden Sharp, has since become Mayor of Gotham. He has decided (possibly under the influence of a nefarious villain… see the preview comics) to wall off a large portion of the city, dubbing this new ghetto ‘Arkham City’ and barricading all of Gotham’s criminal scum within.

Also, at the start of the game Joker is

Potential spoiler, but not really, cause I don’t know what happens »

in dire condition, slowly dying due to the side-effects of the Titan drug he mainlined in the previous game. There’s a suggestion that… he may croak a quarter of the way through the game. But I don’t really believe this, and the Rocksteady guys were very coy. I’m pretty sure he’ll appear dead, but he won’t be. You heard it here first. And it’s not a spoiler, cos I have no idea what actually happens.

RockSteady reportedly felt that Arkham Asylum was too linear an experience. In order to change this, they have taken on the massive technical challenge of creating an open-world Batman experience in which you can explore the city, gliding from parapet to billboard to street, at your leisure.

One of the features they added to make this experience interesting was a surveillance system, which, similar to Detective Mode, allows you to snoop on bad guys in the vicinity, picking them out behind walls and also listening in on their conversations. They idea was to pack the open city with interesting details and – possibly – also side-missions or separate enclosed experiences throughout the city, separate or parallel to the main storyline. So what this means is, if you’ve always wanted to vigilante up a bit more as Batman, this might just be your chance. 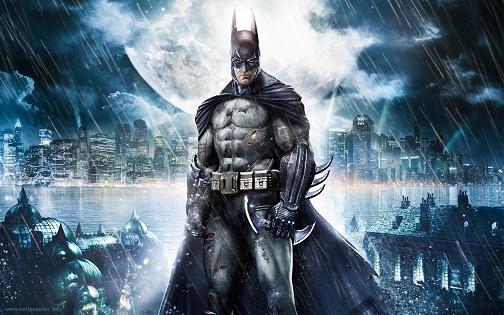 There are a number of these, and I can’t remember all of them, but I can tell you that electromagnetism is going to play more of a role in this game. You get an electro-shooting gadget which can be quick-fired during combat (as can at least 3 other items) in order to stun enemies. Entertainingly, if your enemies are carrying weapons, when they get shocked they may spin around and accidentally knock out their companions.

The electro-shot is also used to add magnetism-based environmental puzzles. In the preview, we saw a large hook which was pulled back by firing your electro-shot into a magnetic/engine-type generator nearby. You can attract and then repel the crane-style hook until it goes through a wall, and then pull it back to tear the wall out of your way.

Batman likes to use his fists, and now he has double the combat animations and takedowns. In fact, he has double the number of all animations. The team described the experience of returning to Batman by saying that getting back to the controls will be ‘like meeting an old friend – except your old friend will have become cooler since the last time you met him’. Neat.

A bunch more tricky collectibles, and a better way of tracking them

The Riddler-type collectible awards have increased in number, so there are now a whopping 400 dotted around the game. Even better, someone must have told Rocksteady how annoying it was to forget exactly where they were, because there is now an in-game tracking mechanism that automatically maps a collectible as soon as you’ve spotted it, so that if it’s inaccessible when you first see it, you’ll remember it when you next open up a route through the cut-off area.

Don’t expect to be driving around in the Batmobile or the Batwing in this game – at least, not outside of a cutscene. The team feels that Batman himself is the best ‘vehicle’ in the game, and once you’ve seen him flying between buildings, grappling his way out and then launching smoothly off them, you’ll have to acknowledge their point. There’s not much a motorised flying vehicle would add to the experience, and driving around in the Batmobile would really mess with the intimate relationship between Batman and the thugs on the street, who are an ever-present menace with Batman forced to either run or glide.

It’s confirmed that in addition to Catwoman being a featured character in the game (along with Two-Face, the Penguin, the Joker, Harley Quinn, the Riddler at least in voiceover, and possibly Dr Strange), there will actually be a section of the game early on in which you get to play as her briefly. But it was emphasised that this is a small section, not a substantial part of the game.

There will be few, or no, loading screens in the game. Certainly, in the entire 20-minute preview, Batman was swooping and zooming all over the city with nary a loading screen to be seen, even before cutscenes or new environments. The game is clearly streaming a lot of data in and out of memory all the time.

The preview was played on a console, but the creative lead was supposedly playing from the back of the auditorium. This, plus the fact that the marketing guy’s commentary of the gameplay almost seemed to pre-empt the action on-screen a couple of times, made me suspect that it was possible we were really watching a video of gameplay. But, who can say for sure? If it really was a video, then all bets may be off regarding loading times. So we’ll have to see whether they pulled a fast one or not.

To be more accurate, there are gratings in the game, between rooms and ventilation shafts, etc – but Batman no longer laboriously pulls them out and lifts them aside. Instead, he now powers swiftly through them, hopefully improving gameplay flow.

Testing your combat skills to the limit, challenge modes are back, and they’re back with even more exotic combinations to add to replayability. Apparently there will be a system where you have a three-round challenge, and can choose to deploy 6 abilities in different configurations during the three rounds. So there will be an element of strategy to the mode, as well as reflexes-based combat.

The game looks, sounds and by all accounts, plays great. I even had a go for 10 mins at Eurogame Expo and enjoyed it thoroughly. I’m sure you’ll be picking this up. I know I will, though I might play Arkham Asylum again in November, and then pick up Arkham City half-price on Steam over Christmas. Mmm.

But for those of you with money to burn on release day, the game’s out October 21st, and you can preorder it here.